Vancouver, B.C – January 21, 2022 — Ares Strategic Mining Ltd. (CSE: ARS) (OTCQB:ARSMF) (FRA: N8I1) (the “Company”) is pleased to announce that the Ares geological team has completed a generative drill target program to provide the Company with exploration targets for the upcoming years. The program is the first phase of a multi-year development plan which will run concurrently with the anticipated mining operation, which is designed to identify the sites for its subsequent operations. 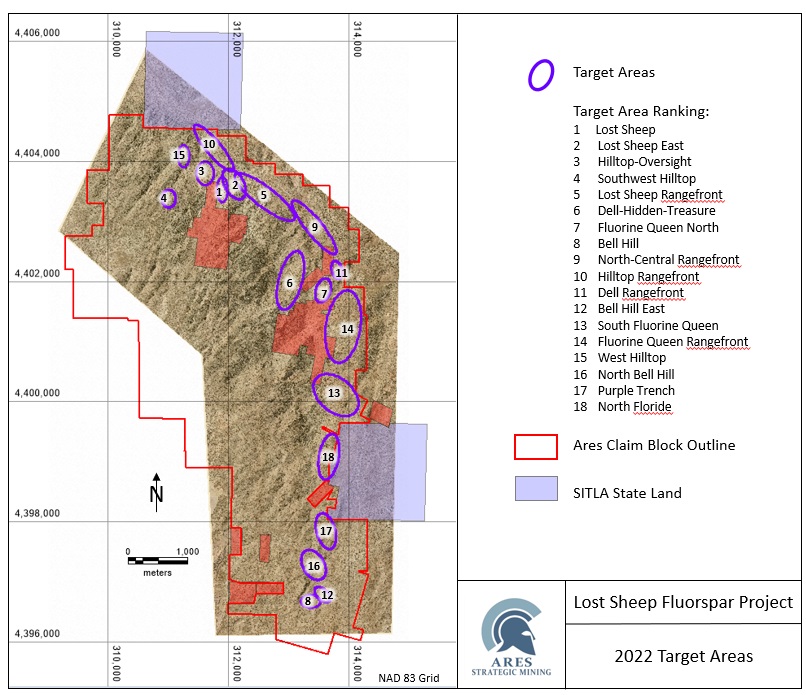 Figure 2 shows the current drill targets which are selected and prioritized from the recently completed large-scale mapping exploration work across the Spor Mountain Range. More targets are expected to be added to the list as detailed work progresses in some prioritized initial targets to acquire greater definition. The permitted Lost Sheep mine to the north of the Spor Mountain Range is expected to be the Company’s first mining operation, followed by the Bell Hill site at the South, which contains a large number of surface showings, and which the company has begun permitting for development. 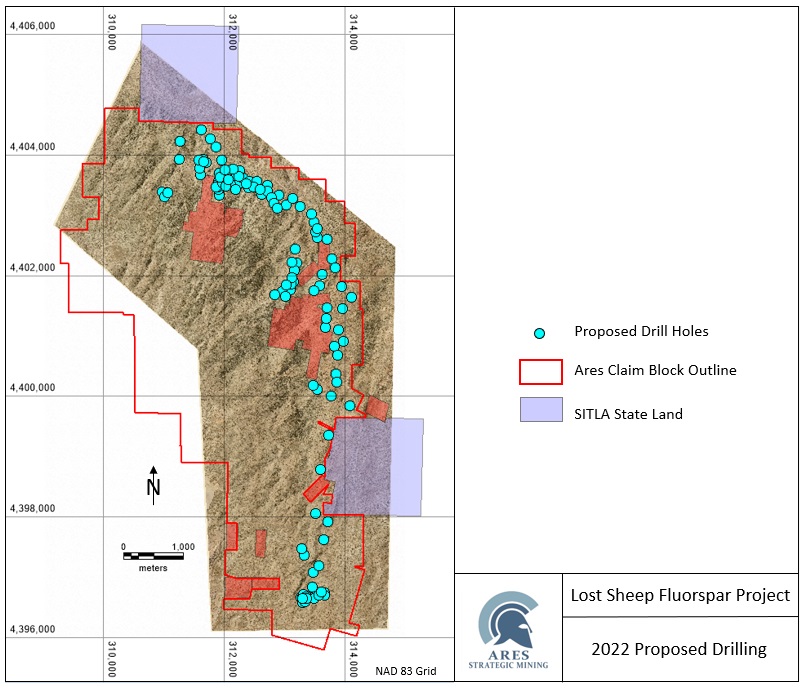 James Walker, President and CEO of the Company said, “The Spor Mountain is famous for its unusual and exotic accessory mineral associations that are part of its geological formations, which we are gradually discovering as we explore the project’s potential. We are looking forward to developing these targets and add definition to our discoveries. The area is attracting a lot of attention from local operations, who are interested in both the minerals present at site–fluorspar and other rare minerals–so we are fortunate to have staked the district and tied up the potential. The Ares geological team have done some excellent mapping and target identification over the recent months, and provided us with many years of fluorspar targets, which we will develop alongside our anticipated operation.”

For further information, please contact Mark Bolin by phone at 604-345-1576 or by email at jwalker@aresmining.com

Companies typically rely on comprehensive feasibility reports on mineral reserve estimates to reduce the risks and uncertainties associated with a production decision. Historically, situations where the issuer decides to put a mineral project into production without first establishing mineral reserves supported by a technical report and completing a feasibility study have a higher risk of economic or technical failure, though some industrial mineral ventures are relatively simple operations with low levels of investment and risk, where the operating entity has determined that a formal prefeasibility or feasibility study in conformance with NI 43-101 and 43-101 CP is not required for a production decision. Based on historical engineering work, geological reports, historical production data and current engineering work completed or in the process by Ares, the Company intends to move forward with the development of its Utah asset.