“The second set of assay results include a significant 60 foot interval of +2 g/t gold,” commented Golden Independence President Tim Henneberry. “The results from the first 7 holes have met Company expectations, verifying the historic results with longer intervals of +0.5 g/t gold along with some good intervals grading 1 to 2 g/t gold. These results continue to expand the mineralized footprint at Independence and the historic oxide resource.” he continued. 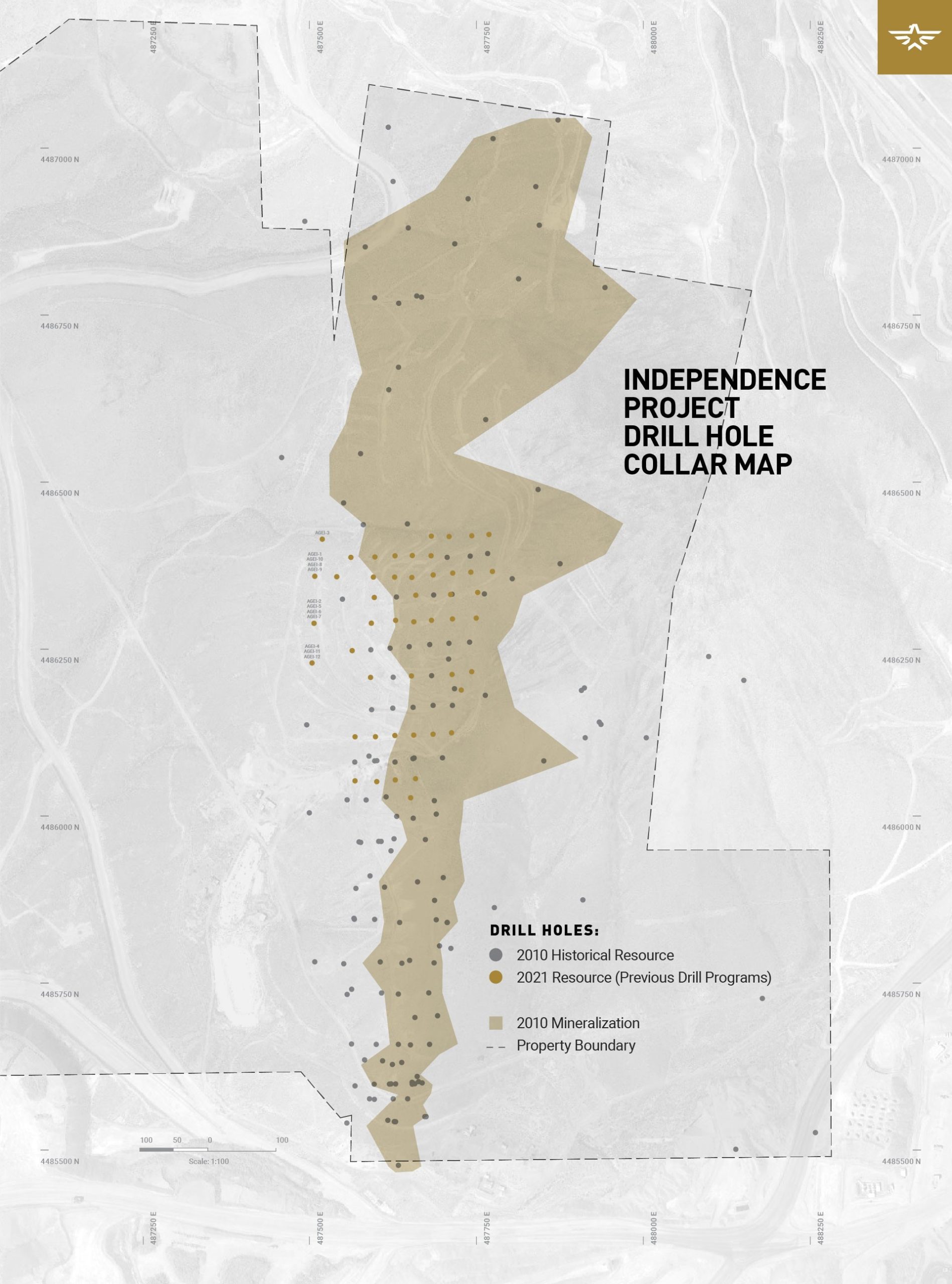 All assay results are drill widths not true widths, which is undetermined at this time. 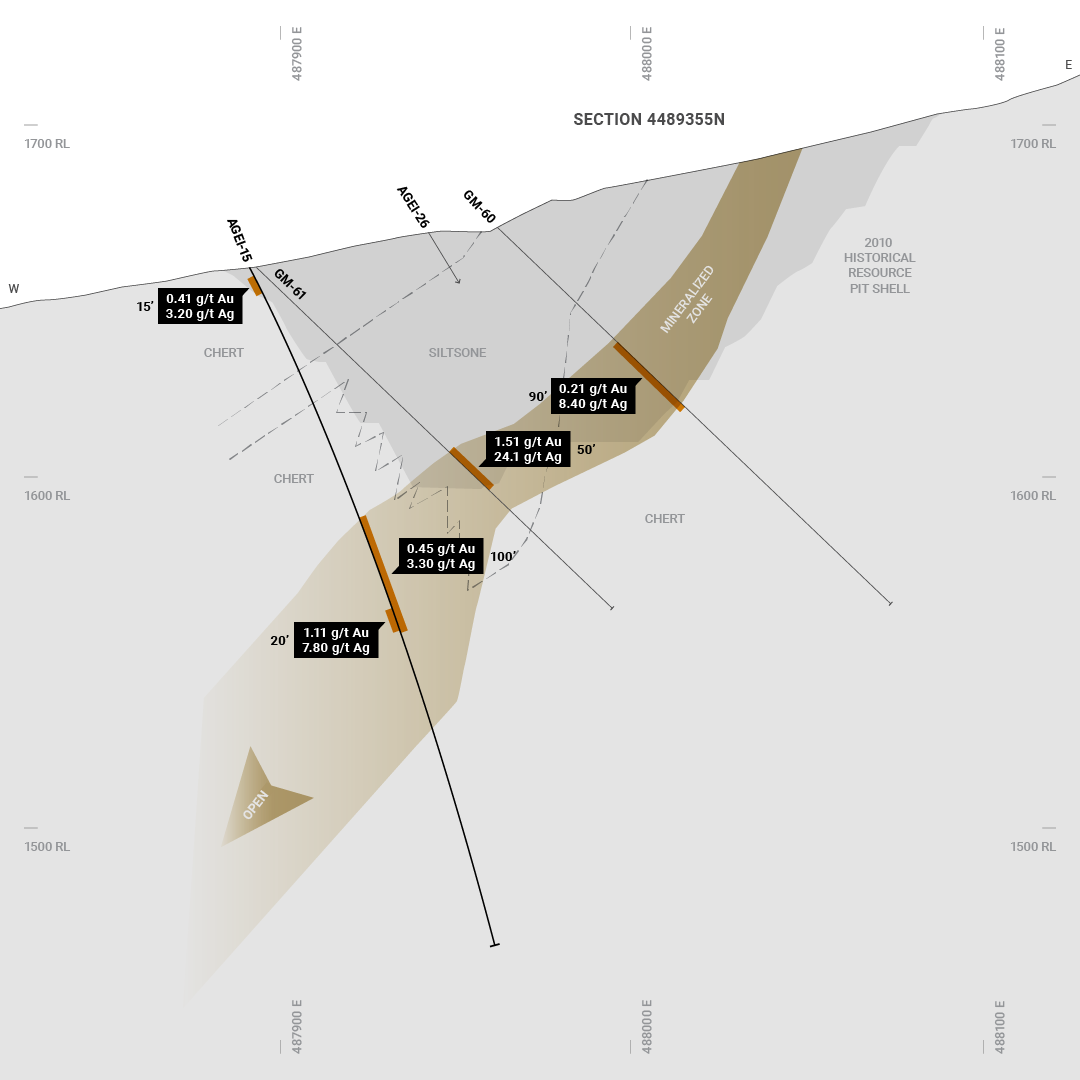 All samples were shipped to the ALS Minerals prep lab in Elko, Nevada with analyses completed at the ALS Minerals Lab in Reno, Nevada. Both facilities are ISO 9001:2015 and ISO/IEC 17025:2017 certified. All samples are analyzed utilizing ALS ME-ICP41 procedure, an aqua regia digestion with ICP-AES finish, with gold determined by the Au-AA23 procedure, a 30-gram fire assay with AAS finish. ALS Minerals is independent from Golden Independence. Golden Independence institutes a rigorous QA/QC program of duplicate samples, blanks and standards. Based on a review of the QA/QC data is not aware of any other factors that could materially affect the accuracy or reliability of the data referred to herein

Tim Henneberry, PGeo (British Columbia), President and Director of Golden Independence Mining Corp., is the qualified person who has reviewed and approved the technical content of this news release on behalf of the company.

Golden Independence Mining Corp. is an exploration company currently focused on exploring the advanced-stage Independence Gold Property located in the Battle Mountain-Cortez Trend, Nevada and the Champ precious metal property near Castlegar, British Columbia. The Independence Gold Property benefits from over US$25 million in past exploration, including over 200 holes drilled, and is located adjacent to Nevada Gold Mines’ Phoenix-Fortitude mining operations in the Battle Mountain-Cortez trend of Nevada.

Global Fluorspar Acid Grade Market Expected To Reach $2.565 Billion By The End Of 2027